Hagley in 1086 was Hageleia. It was probably centred near to St. John's parish church with possible small settlements at Wassell Grove and Harborough. The parish boundaries were essentially the same until 1933 when Blakedown was taken from Hagley and added on to Churchill.

Carrying on with comparisons, I hope that my comments on life in Hagley at the time of the Norman invasion, and again at the end of the 19th century, will be of interest. Readers can make their own judgement on conditions at the end of the Millennium. 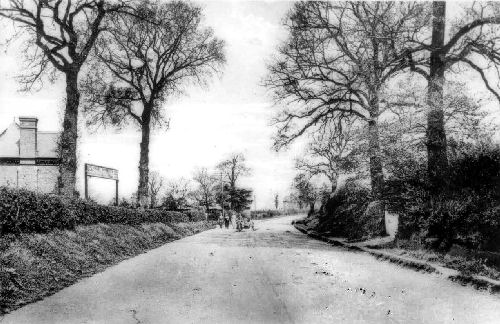 The buildings, including the church, in 1086 would have been wooden structures with walls made of wattle and daub and the roofs either thatched or with turf "slates."

By the end of the 19th century there would still have been, indeed there still are, timber framed houses but disguised with plaster rendering. The majority would have been brick built, with clay tiles or slates. The existence of the railway had made slates from North Wales available across the country. Public buildings included St. John's Church (rebuilt in 1856-58), the Mission Hall (Church Street), the Methodist Chapel (Chapel Street), the schools in School Lane and Bromsgrove Road and the Railway Station.

Earning a living in 1086 was mainly arable farming, working for yourself and your family part of the time and supplying the lord of the manor with labour for the rest of the time. Crops would have been concentrated on wheat and barley, and winter feed for the oxen. The oxen were used to pull the ploughs and about 25% of the land was cultivated - say 600 acres. By 1900 there were 19 farms cultivating all the land other than that taken up by housing, roads and the railway, woodland and park. Farming would have used 75-80% of the land.